The Moto G4 Plus, a superior prepared version of the Moto G4, expects to change that perception for good with its enhanced camera and software.
Although Moto G4 Play is released, it still cannot beat this one.
Moto G4 Plus comes with a tough, smoothly carved metal frame and a 5.5 inch large display which is enough for daily viewing purpose. It has a full HD resolution with 1920 x 1080 pixels. For extra protection, Gorilla Glass 3 is provided.

The metal frame coupled with rubber back cover makes it feel the phone’s worth, the speaker at top has a metallic highlight around it and there is little square, raised fingerprint sensor at the base.

The buttons are set well within the reach your fingertips and the power button has ridges on it to make easily identifiable. The headphones socket and Micro-USB port take their places on the top and bottom separately.

The back is mostly flat rather than the earlier curved designs of Moto G models, beside the slight thump that is accessible around the camera module. The 16-megapixel sensor is joined by a dual-fold tone LED flash and a laser autofocus system, which is a liberal upgrade. 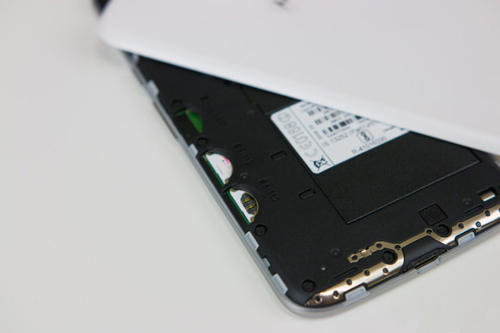 Taking off the back cover, a non-removable 3000mAh battery is seen, a slot on side for microSD card (upto 128GB) and two Micro-SIM slots. The Moto G4 plus comes with Nano-to-Micro SIM card adapters – a feature which is rare in most of the upcoming phones.

The box pack contains a Turbo Charger and a headset which feels a bit cheap for a phone lik this. No separate USB Cable is provided for data transfer.

Moto G4 Plus is powered by Qualcomm Snapdragon 617 Octa Core Processor running at 1.5GHz. Internal memory is 32GB with 3GB of RAM. Other specifications include 4G LTE, Bluetooth 4.1, USB-OTG, GPS, GLONASS and FM radio. NFC is not provided in this phone.

The fingerprint sensor is as quick and precise of course, and is practically identical in quality to the scanners found with all the more top of the line cell phones too.

Moto G4 Plus runs on Android 6.0.1 Marshmallow with virtually no bloatware to be found.

As far as performance is concerned, Moto G4 Plus is fast and responsive. Apps are launched quickly, multi-tasking is smooth and gaming experience is good. Though the phone gets a bit warm during gaming and a slight lag maybe experienced in the camera app but nothing too alarming.

Gallery app is replaced by the Google Photos app which isn’t so good but does the job well. It lets you trim photos and edit videos as well. Music is handled by the Play Music app which is quite functional. Lack of stereo can be ignored a single speaker in earpiece is loud enough for alerts and media playback.

The greatest highlight of the Moto G4 Plus is the camera which comes with a 16MP rear camera with a f/2.0 aperture, phase detection auto focus and laser auto focus system along with a front facing 5MP camera. A helpful feature in camera is when you long tap your subject, its focus gets locked. A few extra shooting modes like slow-motion video, panorama and professional mode are pretty good.
Optical image stabilization is not so good, photos on zooming don’t have a great level of details. The ability to read barcodes and QR code from the camera app is an added functionality.

The battery last upto 10-12 hours of non stop streaming and a day and half on normal usage. The phone also supports Turbo charge or fast charging for quickly topping the battery.

Overall, Moto G4 Plus has android running smoothly, a decent camera, a fingerprint sensor to boast of and all day lasting battery. Although it would have been better with water and dust protection besides better low light camera performance.
A good value and a reliable phone, just go for it!