Ringing Bells, the world’s least expensive smartphone, which was initially announced in February this year is back in limelight. This handset has been the discussion of the tech world and has got criticism from purchases and media for overbooking as well as over-promising features. Although Ringing Bells has begun the deliveries of Freedom 251 again, it is still quite difficult to obtain. No company has been able to offer any phone at such a low cost, a news which still cannot be digested by some. On the other hand, we have been blessed enough to get a review for this device.

Freedom 251 looks, feels and performs like a 5-year old phone, but that’s expected. At Rs.251, one has a tendency to overlook any flaw that any phone may have.

Freedom 251 is available in Grey Black, White and Black variants. It came in a proper box with tri-color design and Ringing Bells logo on it, which is pretty impressive as the company had given Adcom units for display at the launch event.

The smartphone has a plastic body and easily removable back cover. It has round edges and a textured plastic back which provides a good grip. The Freedom 251 logo is at the bottom of back cover, power buttom is on the right of the phone and the volume rocker is on the left. The micro USB charging port is on the top accompanied by the 3.5mm jack.

Buzzing Bells has decided to use capacitive buttons for navigation as opposed to on-screen control keys. The handser is run by a MediaTek MT6580M 1.3GHz quad-core processor and sports a 4-inch qHD IPS display (480 x 800 pixels). It comes with 1GB RAM and 4GB internal memory expandable up to 32GB via microSD card. It is a 3G-enabled dual-SIM smartphone that supports 2 micro SIM cards. It runs Android Lollipop 5.1 and is reinforced by 1,450mAh battery. The battery goes on for 2-3 hours on heavy usage and 4-5 hours on typical usage, which is awesome.

A charger and cheap earphones also are available in the box. Connectivity options include 3G, WiFi, Bluetooth and GPS. 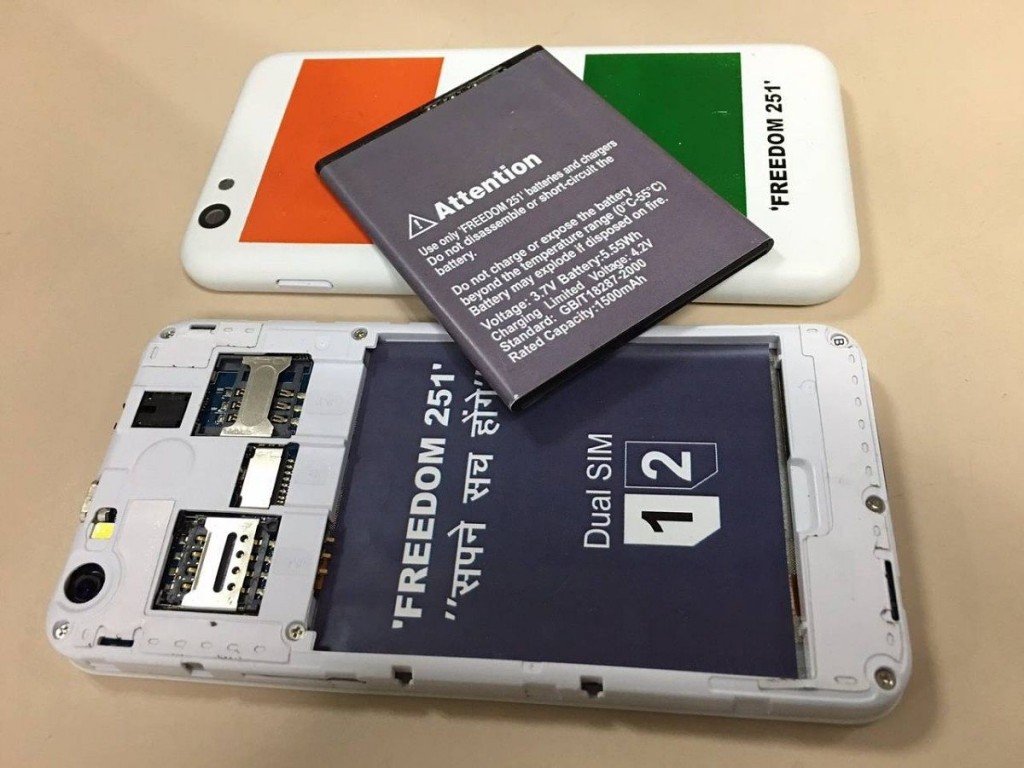 The primary camera is 3.2MP and the front shooter is 0.3MP. The camera is pretty good although it will take time focussing and the pictures will look a bit grainy and blurred. But atleast, a flash is there. The front camera is fine too.

The WVGA screen on the Freedom 251 is found to be somewhat dull when contrasted with other budget smartphones.

The phone runs stock Android 5.1 Lollipop and the interface was vanilla without much customization. The icons however were somewhat diverse and we couldn’t figure out how to change them. The homescreen had four applications stuck to the base for messaging, calling, Web browsing, and the camera, furthermore incorporated the application drawer.

There were no third-party applications apart from the standard Google ones and the stock Clock, Calendar, and Email applications. Goel had said Ringing Bells has partnered with Hike Messenger and a couple others to bring applications to the smartphone. It’s a good thing they didn’t as the execution of Freedom 251 radically disintegrated after downloading a couple of applications on it.

The smartphone obviously can’t be utilized for multi-tasking, however, it is implied for the most basic things like calling, messaging and internet browsing.

The speaker in Freedom 251 is really loud at its highest volume. The sound quality isn’t awesome however it reaches every corner of a small room. The same applies to the earphones that came along with the smartphone. The call quality is not too bad but acceptable though it lacks clarity. 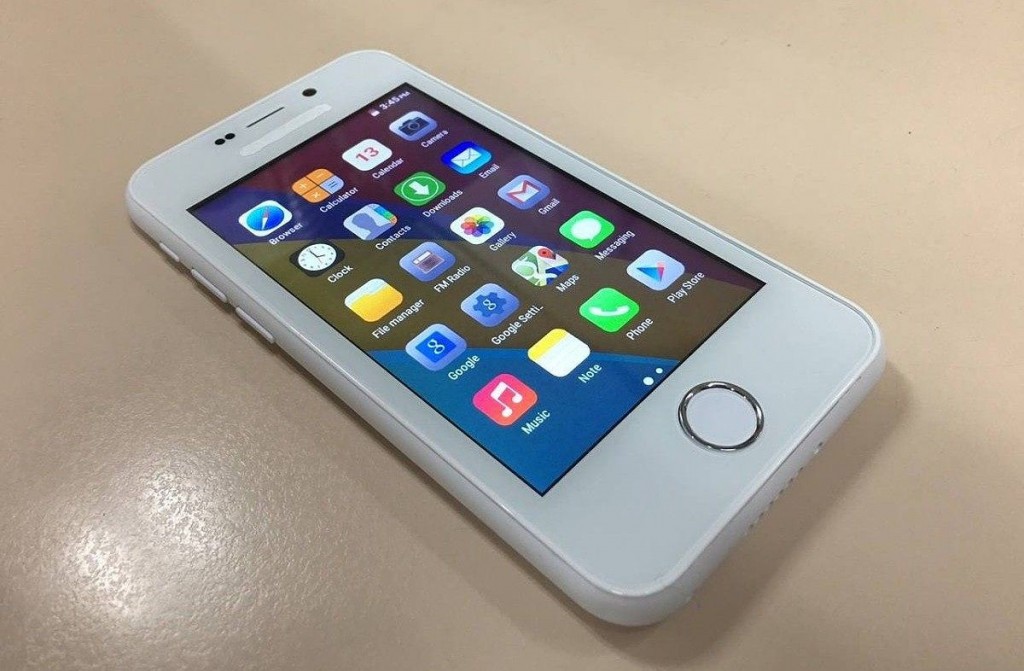 There are a few weird features while using the smartphone. Firstly, the smartphone connects as a pendrive, where the system asks you to scan it or continue without scanning. Next, Freedom is spelt wrong everywhere in the phone. It is FREEDDM instead of FREESOM when you go to Settings or About phone menu. Also, the smartphone has irritating habit of going back to Hindi as its default language everytime you restart or reboot it.

Overall, if the phone is available, see it as a basic phone used for calling and browsing purpose. It fulfills the dream of having a smartphone for so little to every person.