Amazfit, the brand has established an affordable activity tracker in its T-Rex line and the latest is the T-Rex 2. Amazfit T-Rex 2 is a fitness watch, with smart digital features. A 2022 Amazfit product in watches. Is it cheaper? Is it worth its price? What are the features? Let us discuss in this Amazfit T-Rex 2 Review along with Amazfit T-Rex 2 Price.

Amazfit T-Rex 2 was globally launched on 24 May 2022, going on sale in the US on the same day. It was available in Europe from 1 June, the region included Italy, Germany and France. As the month progressed, the rest of the markets opened. From 2nd July, 12:00 pm onwards the watch was available for pre-order in India. The amazing users of Amazfit T-Rex 2 could pre-order the watch from the brand’s website which is in.amazfit.com.

Amazfit has priced the T-Rex 2 higher than both of its predecessors, the original T-Rex and T-Rex Pro, of course, because of its upgraded features.

For your convenience, here is the price of both the previous T-Rex watches:

Amazfit is selling the T-Rex 2 watch directly through its official website as well as via recognized retail partners, such as Amazon, Argos and John Lewis. The Amazfit T-Rex 2 will be available very soon in more markets.

The Amazfit T-Rex 2 has physical proportions the same as that of its direct predecessors. The watch is comprises of molded polymer alloy. The case is provided with four metal hardware buttons, two on each side, the same design as in Amazfit T-Rex and Amazfit T-Rex pro. The watch has got a wide range of colors which are Ember Black, Wild Green, Desert Khaki and Astro Black & Gold.

The Amazfit T-Rex 2 is an outdoor smartwatch which tracks almost 150+ sports modes, including smart recognition of strength training exercises, workouts and more. It has an advanced status algorithm. The Amazfit T-Rex 2 is a dual-band fitness tracker. It also allows you to measure the oxygen level in your blood through the SpO2 (Blood Oxygen) Monitor. It has a Pedometer, Sleep Monitor, Calorie Count, Step Count and Heart Rate Monitor.

Amazfit T-Rex 2 watch is an advanced version of the T-Rex and T-Rex Pro watches. It has plenty of upgrades including a larger battery, improved water resistance and a higher-resolution screen. It has better GPS and fitness tracking sensors.

Although, the price has gone up as compared to the older watches. Amazfit still surpasses brands like Gramin, Suunto and Polar. Amazfit T-Rex 2 has a fair price advantage when compared to its rivalries. This is also because others have not got an AMOLED screen, and the battery life is not nearly as good as the T-Rex 2’s and this product offers more reliable stats, broader features and surreal software.

Consider rock climbing, windsurfing, and going into the woods without a map, activities where a tough physique is more important than a sophisticated appearance. These are the types of activities for which Amazfit designed the T-Rex 2 watch. 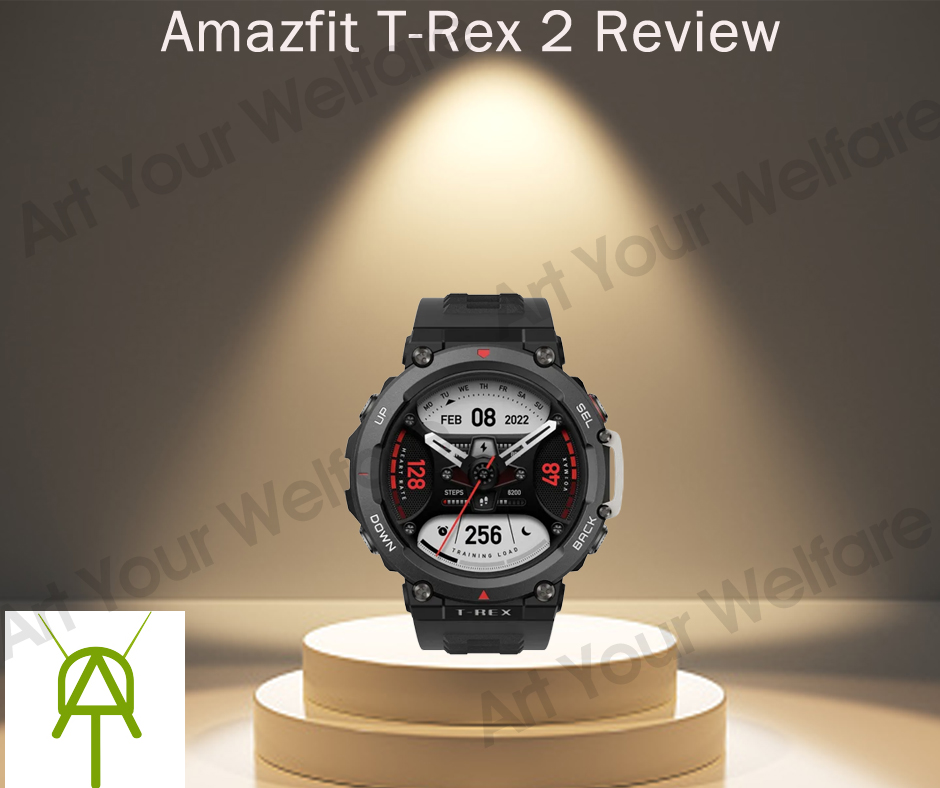 After learning all of the product’s specifications, you must be able to evaluate it. According to our assessment, the watch delivers a great deal of capability for a very reasonable price, which will appeal to many outdoor enthusiasts who cannot or will not spend a fortune on a top-tier Garmin Fenix.

Except for the new heart rate sensor, which requires tuning, everything is satisfactory. If you do not intend to use the Amazfit T-Rex 2 for jogging or cycling, it offers many other intelligent outdoor features and it is priced fairly.

A measure that is optimal for evaluating an innovative product such as this watch. The Amazfit T-Rex 2 was launched into orbit to verify the validity of its smart features. Using a stand, the watch was even transported to the exterior of the lightweight spacecraft. The Amazfit T-Rex 2 has been documented to endure temperatures as low as -64°C and speeds of 180 kilometers per hour. Moreover, the Amazfit T-Rex 2 was able to withstand air pressures of less than 0.2 percent, which is typically observed at sea level, during its journey.

Second to none, the Amazfit T-Rex 2 was able to stay on and record the entire adventure. Therefore, this the only smartwatch on the planet that went to the space and back again.