Samsung recently unveiled its new phone – Samsung Galaxy On 8 which flaunts a radiant 5.5 inch full HD screen with a distinctive and crystal clear Super AMOLED display which is awesome as it has better viewing angles and lower power consumption. It has a resolution of 1080 x 1920 pixels has a pixel density of 401 ppi. The capacitive touch screen responds well to multi-touch too.

Samsung is still using the same old design pattern with couple of little changes whereas most of the brands have officially adapted metal unibody build. The phone has a metal casing that holds the display which resembles the premium Samsung phones. Silver line around the metal edge looks appealing. Though it is attractive it lacks display protection so it is advisable to use a tempered glass.

The notification LED, front camera and LED flash are located above the display. Below the display, it has the physical home button and two capacitive keys on either side. At the right edge, it has the power button and left edge contains volume rockers. Beneath side edge, the phone has micro USB port, 3.5mm jack and the primary microphone.

The smartphone runs on an octa-core processor (Cortex A53), clocking a speed of 1.6GHz and is set on an indigenous chipset of Samsung Exynos 7 Octa 7580. The 3 GB RAM and GPU of Mali-T720 MP2 makes it a great boon for multitasking. But heavy games like Asphalt and Dead Trigger 2 showed a lag and frame drops. Not a phone meant for hard core gaming.

Samsung Galaxy On 8 runs on Android 6.0.1 Marshmallow along with Samsung’s own UI. An app drawer also is available to sort apps alphabetically or search apps. Samsung branded features like S-bike mode, ultra-data saving mode, S-planner etc. are included in this phone. Microsoft’s productivity suit is pre-installed in this phone.

A theme store is available to give the phone a personalized look and feel, though the UI may slow down with time. There seems to be no issue with software part of this phone.

It has two SIM slots and a micro SD card slot expandable up to 256 GB (dedicated slot). Internal memory is 16GB out of which 11 GB is free to use. Best thing about the phone is that it does not have a hybrid sim unlike other Samsung phones. It also supports USB OTG feature if you need more data on your phone.

The smartphone back panel has 13MP rear camera with speaker at left side and dual LED flash at the right side. Samsung Galaxy On 8 has a front camera of 5MP with LED flash. A very good advantage of having a front camera flash is to click pictures in low-light. A blessing in disguise for the people who thrive on selfies. Camera pictures are good when taken both outdoor and indoor.

Both front and rear cameras can record full HD videos.

Samsung Galaxy On 8 has an impressive sound quality, it’s speaker is located at the back and offers loud and clear sound. The multimedia experience on this phone is really good, thanks to its AMOLED display and loud speaker. 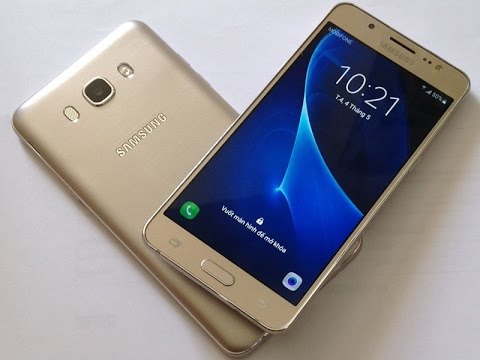 Samsung Galaxy On 8 has a large removable battery of 3300mAh that keeps going for long hours. Average usage is about 2 days and high usage gives 26 hours of backup. Ultra-Power Saving mode also helps the phone to save the battery.

Samsung Galaxy On 8 should have been equipped with fast charging feature as it takes more than 2 hours to fully charge the phone. Also, at this price, a finger print sensor could have been included in this phone. It is an obvious choice for a mid-budget phone and Samsung fans.