Motorola Moto Edge 30 is a mid-range, 5G-ready Android phone with intriguing specifications and features, such as the Snapdragon 778G+ chip with 6GB of RAM and 128GB of internal storage, USB Type-C port to charge its 4020mAh battery.  It also comes with a fast 33W charger, a triple-rear 50MP and an 8MP selfie camera, side-fingerprint scanners and a 6.5-inch AMOLED display in FHD+.  Learn more about the phone and in this Motorola Edge 30 Review and find out if it is up to the expectations, you have set or not.

Motorola is selling its Edge 30 in Meteor Grey and Aurora Green colors.

The Motorola Edge 30 is known for its fabulous design. Motorola has made the frame flatter on Edge 30 to make it sleeker.

Moto Edge 30 has been designed to keep up with the trends established with iPhone 12. iPhone 12 design is something that we have seen a lot of Android phones adopt in recent times. But the edges and corners of the body remain somewhat rounded, making it easier to hold the Edge 30.

The back panel is made of acrylic which will make it more resistant to cracks when dropped even though it appears like glass. It is flat and sports the Motorola logo at the center.

Motorola Edge 30 5G comes equipped with a 6.5-inch AMOLED display that has narrow bezels and a punch-hole.

Additionally, it has over 86% screen-to-body ratio, and it is a Full HD+ screen with 405 ppi of pixel density. Additionally, the panel is HDR10+-compliant and refreshes at the rate of 144Hz.

The phone comes with a vertically aligned 50MP triple rear camera that has dual-LED flash. It comes with a 50MP main camera, followed by a ultrawide camera with a 50 MP resolution, and two-megapixel depth sensors with autofocus.

Additionally, it comes with a 32 MP front-facing camera for helping in video and selfies.

Motorola Edge 30 5G phone is fitted with a middle-priced gaming Snapdragon 778 G+ Octa-core processor, which is housed in the 6nm chip.

It is paired with Kryo 670 processor, Adreno 642L GPU as well as 8GB LPDDR5 RAM that gives an increase in performance. The operating system of the phone is compatible with Android v12. Android V12 OS.

The phone comes with the non-removable 4,020mAh Li-Po battery inside the phone. When it comes to battery’s lifespan is related, Motorola claims that the phone can provide a complete battery backup during normal use. In addition, it is backed by a quick 33W charger for fast charging.

The Motorola Moto Edge 30/5G has a massive 128GB internal memory. Additionally, it comes with UFS 3.1 storage option that speeds up games and apps launch speed in addition to data transmission. The phone does not include an SD slot, which restricts the storage capacity.

The smartphone comes with 4G and 5G (in-selected markets) VoLTE with dual standby, Bluetooth 5.2 to allow quick pairing as well as Wi-Fi that has “fast connect” as well as a USB Type C port to support OTG charging and OTG, as well as NFC for connectivity options.

The phone is missing the 3.5mm audio connector. In addition, the phone comes with GPS that includes A-GPS, GLONASS, BDS, and Galileo for tracking location on the internet.

Motorola Edge 30 comes with an impressive 4,000mAh battery. Although it is slightly on the small in comparison to other phones of similar price but it can do the job. It should last for at least an entire day, with some going on longer than that.

Certain phones last longer, naturally however, as the software optimization of Edge 30 Edge 30 is very good therefore there’s nothing to worry about.

Moto Edge 30 comes with 33W fast charging. The speed of charging is sufficient to recharge its battery from 0 100% in around 45 minutes. It is especially rapid when you charge between 40 and 80percent. It can take about 30 minutes. It is extremely practical.

The phone also has two speakers. This was not the case for previous models in the Edge 20 series, which was a major disadvantage. Its Edge 30 speakers are compatible with Dolby Atmos sound.

The volume is quite high and have decent mids, however, I would have liked some more depth. The highs and lows seem a bit uninteresting on this phone but that is not saying that it’s bad however it’s not the best.

The quality of calls is excellent. When the speaker is turned on the phone does an excellent job at removing any the sound of nearby conversations. 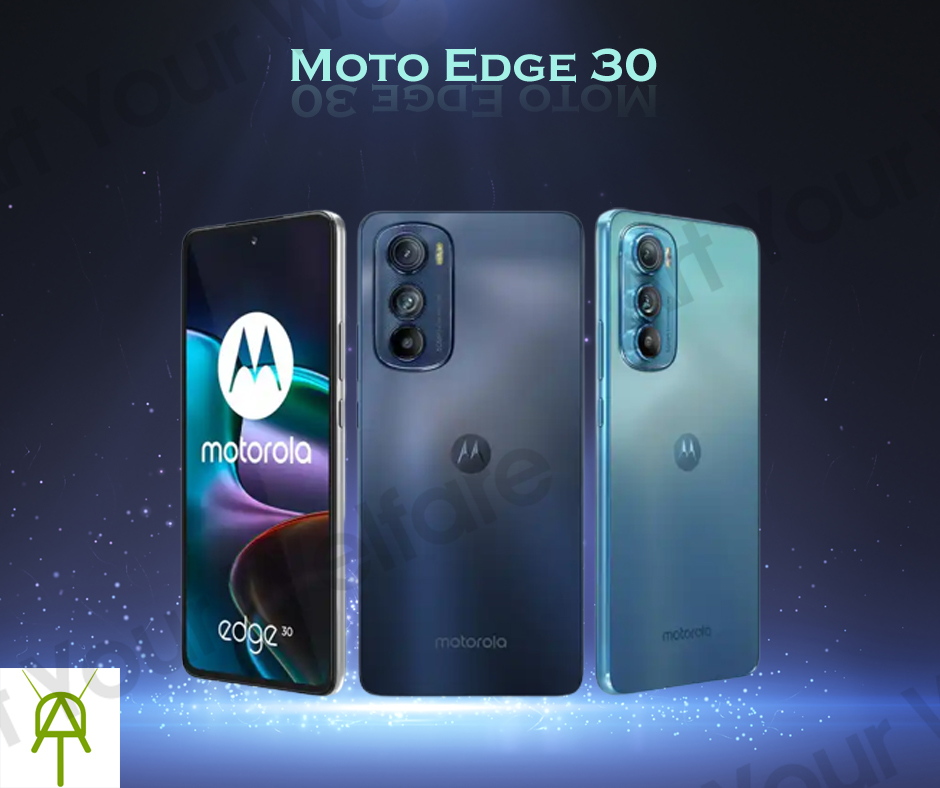 Motorola has clearly placed the design above all else on its Edge 30, and if this is a feature that is as a top priority on your list of things to buy then this phone is extremely appealing. Another area in which the Motorola Edge 30 continues to perform well is in the software. This is another 5G phone we reviewed after Motorola G51 which was a low-budget 5G phone.

Overall, the Edge 30 is a good option for those who appreciate aesthetics and would rather use the stock Android.